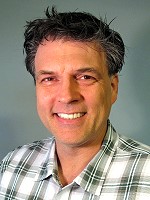 Duncan Wierman is a full time investor in Greenville, South Carolina. His business revolves around automated systems so he can do less work and make more money. He has used internet marketing and automated internet systems for attracting buyers, sellers, and investors have allowed him to do over 300 deals a year without leaving his desk!

After working at real estate investing the hard way, Duncan finally swore to himself that he'd had enough: He then invested serious time and money into using systems that would pay off in less aggravation, more time, and more profits! He became an expert in finding motivated sellers, hungry buyers, and private lenders through the Internet.

In short, Duncan lives that dream of automating the business to such a degree that his time is spent where it should be: Making offers. He uses his cutting edge of technology that outwits and outplays his competition!