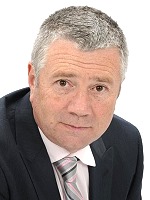 Tom DiAgostino grew up the hard way in the Monroe Housing Projects in the South Bronx of New York City. He seized opportunity and started his college career at CUNY and then Pace University, joined the Army ROTC and commissioned as a Second Lieutenant, eventually retiring from the Army. At Pace he did an internship at Reynolds Securities, a financial firm where he achieved a tremendous education in the markets, and has been heavily involved in the trading markets ever since.

His business career started in 1988 as a project manager for Orenstein Construction. It was then he purchased his first batch of Tax Liens through the tax sale process. In 1992, he struck out on his own and formed the company T-GRAM, Inc. an acronym for his bride of 24 years and 4 children, Thomas, Grace, Rick, Ann, & Maegan (he says he is the hyphen). He started as a site builder, then to a developer of small subdivisions, then to a Superior Wall franchise that set over 4,000 homes. Tom has kept current through education and seminars adding new tools to his business practice to stay on top of the ever-changing market place. Tom has been a rehabber, builder, and Tax Sale investor for the last decade. His experiences entail every facet of real estate, and throughout his career he has utilized tax sale properties for rehab projects, wholesales and rentals. Growing wealth by acquiring real estate for pennies on the dollar via Tax Sales is the foundation of Tom’s real estate business in Fortris LLC.

Tom is the Co-Author of Dare to Succeed with The New York Times Best-Selling Author Jack Canfield (Chicken Soup for the Soul). Available now on Amazon.com.